This is the second HAWK beacon installed by the county. The first was installed in 2010 in front of the YMCA on Puget Park Drive. These projects are part of a program to make improvements for pedestrians in the area of schools in unincorporated Snohomish County.

The HAWK beacon is used to stop road traffic and allow pedestrians to cross more safely. This beacon is pedestrian-activated and displays a series of yellow and red lights to stop traffic. View HAWK beacon:

The crossing includes a new connection to the Centennial Trail (completed in October 2014). 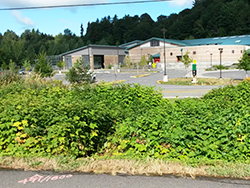 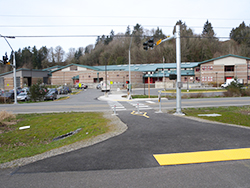