Snohomish County Public Works made improvements to 196th Street SE, from Yew Way to the top of the hill (approximately 500 feet east of Yew Way), to improve site distance and reduce the slope of the roadway to less than 15%. The landing at the intersection with Yew Way was lengthened, widened, and realigned so that it connects at a 90 degree angle, or a “T”. Ditches were installed as needed on both sides.

The road is in unincorporated Snohomish County east of Bothell and south of Snohomish. 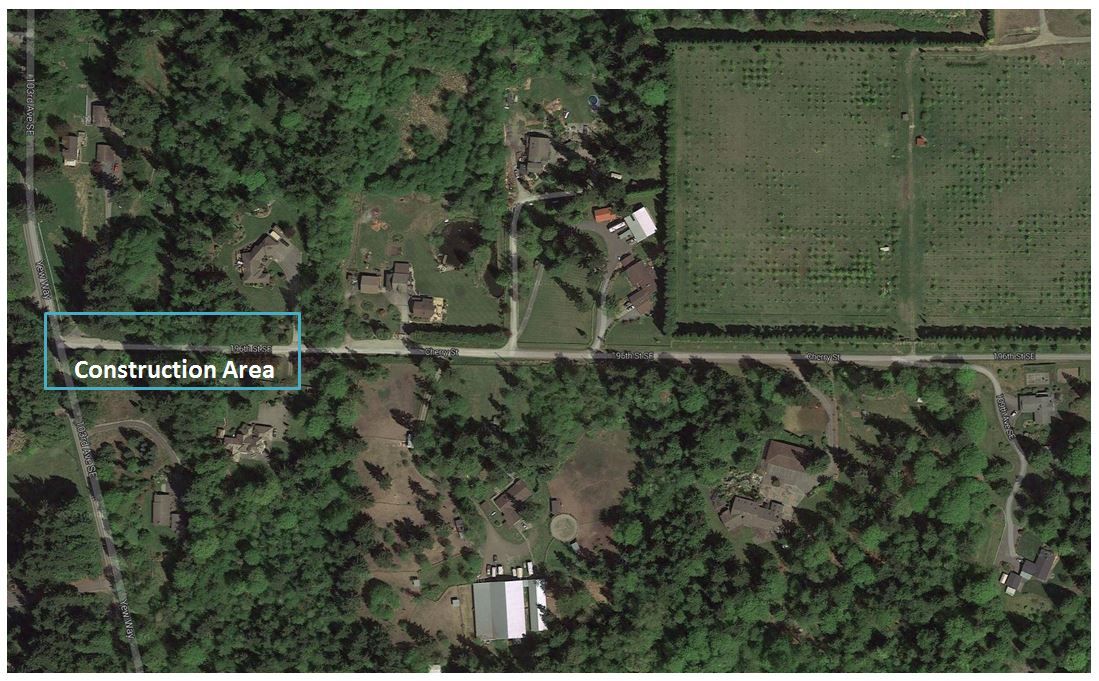 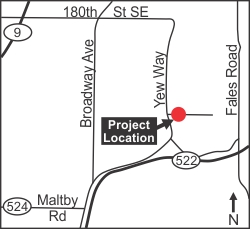