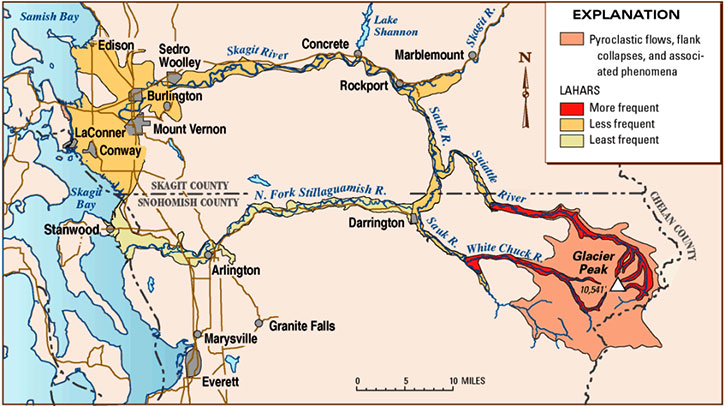 Snohomish County's Glacier Peak is the most remote of the five active volcanoes in Washington State, and more than a dozen glaciers descend it's flanks, prompting it's name.

Glacier Peak is not prominently visible from any major population center, and so it's attractions, as well as it's hazards, tend to be overlooked. Yet since the most recent ice age, this volcano has produced some of the largest and most explosive eruptions in the United States. Within this time period, it has erupted multiple times during at least six separate episodes. Glacier Peak and Mount St. Helens are the only volcanos in Washington State that have generated very large explosive eruptions in the past 15,000 years. During some of these eruptions, Glacier Peak erupted massive volumes of volcanic ash that was blown eastward by winds. Lahars (volcanic mudflows) rushed down the same river valleys that now sustain farmlands and communities.

While an eruption or lahar might not happen in our lifetime, being prepared is our best defense. A little time and effort spent in preparation now could keep you, your family, and your community safe when Glacier Peak next erupts. 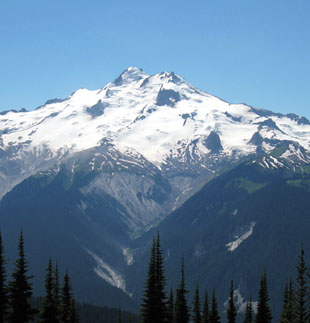