As filter feeders, bivalve shellfish are a useful indicator of water quality as they can accumulate biotoxins and pollutants present in the water or sediment. As they are easily affected by surrounding water quality conditions, shellfish must be consistently monitored to ensure safe consumption by humans.

The purpose of the NSSP is to promote and improve sanitation of shellfish moving in interstate commerce and uniformity of state shellfish programs. The NSSP guide ensures that shellfish produced in states in compliance with the guidelines are safe and sanitary. The guide includes adoptable standards and administrative practices for sanitary control of shellfish.

Eastern Softshell clams are commercially harvested in the South Skagit Bay growing area. This species is highly sought after on the east coast of the United States but has a smaller recreational harvest on the west coast. The graph (PDF) below shows harvest from 2001-2015. 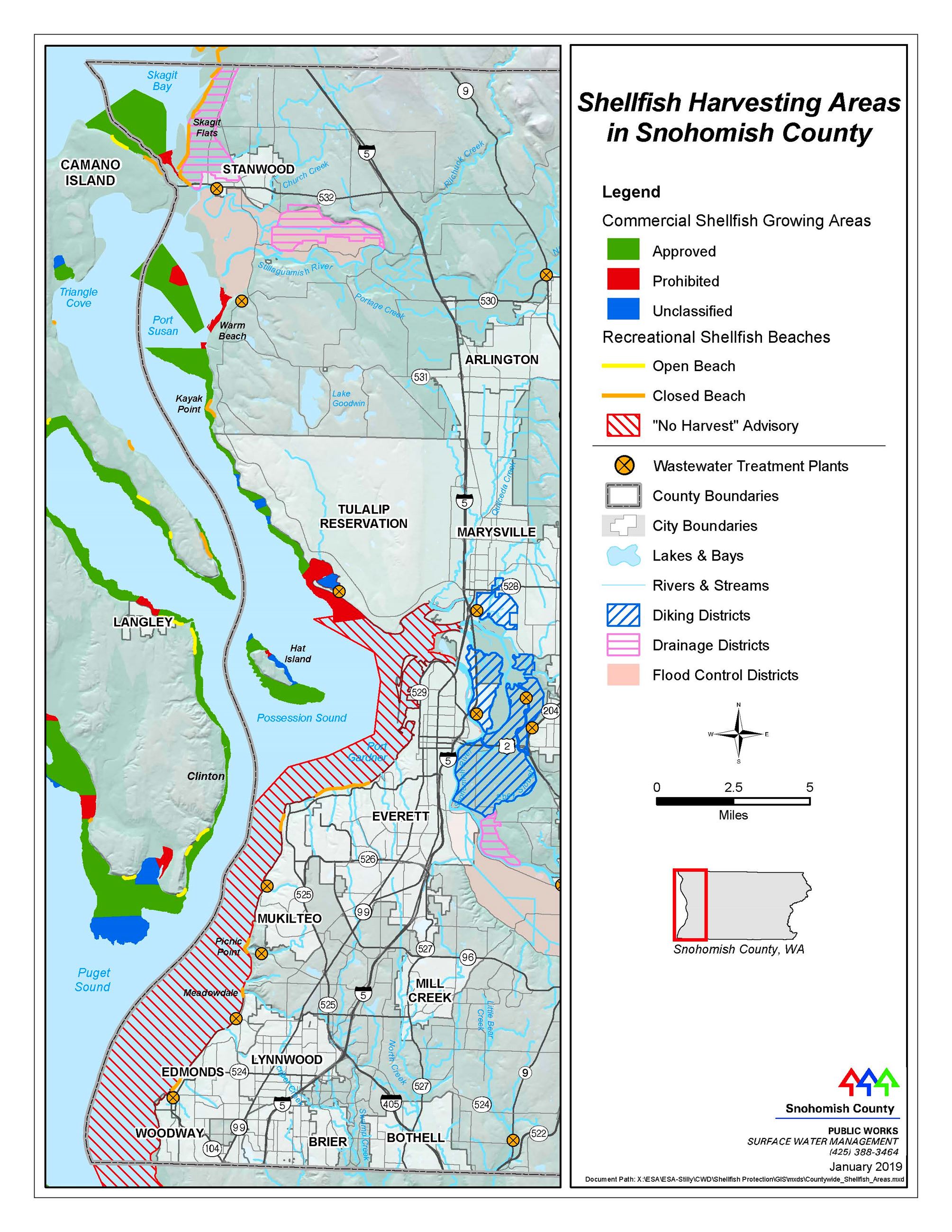 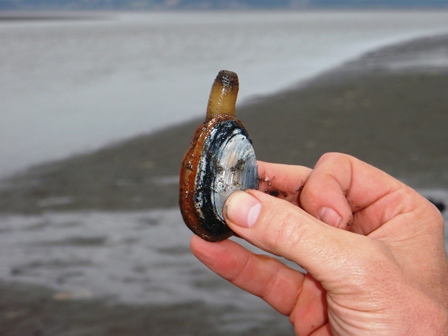