About the Action Agenda

The Puget Sound Action Agenda is considered the “roadmap” for restoring the environmental health of Puget Sound by 2020, as it outlines regional strategies and specific actions that must be implemented over the next two years to stay on track toward recovery. First produced in 2008, the Action Agenda identifies priorities and opportunities for federal, state, local, tribal, and private entities to invest resources and coordinate recovery actions. The Puget Sound Action Agenda also serves as the Comprehensive Conservation and Management Plan, required by the U.S. Environmental Protection Agency for estuaries of national significance.

The Puget Sound Partnership, the state agency that leads the region’s recovery efforts, coordinated the 2018 Action Agenda update. The update focused on three Strategic Initiatives: (1) prevent pollution from stormwater runoff, (2) protect and restore habitat, and (3) recover shellfish beds. The Sno-Stilly LIO contributed to the 2018 AA update by submitting a list of local priority projects – called “near term actions,” or NTAs – aligned with the three Strategic Initiatives, providing local context to the regional priority approaches as part of the AA development, and submitting comments on the draft AA.

The Sno-Stilly LIO reviewed and tiered over 100 NTAs (including local and regional). The Near-Term Actions (NTAs) reviewed by the Sno-Stilly LIO can be found here by selecting "Snohomish-Stillaguamish" in the "by LIO" tab.

In March 2015, the U.S. Environmental Protection Agency, Region 10, announced a new funding distribution model for National Estuary Program (NEP) funds supporting Puget Sound recovery. The timeline for this model aligns with the 2016 Puget Sound Action Agenda update. Under the new funding model, funding streams for local projects will be consolidated through the LIOs and the LIOs are required to complete a Five-Year Ecosystem Recovery Plan for their local watersheds. The plans will guide improvements to local ecosystems as well as contribute to the overall recovery of Puget Sound. There will also be regional funding to support Near Term Actions (NTAs) that address habitat, stormwater and shellfish.

The Snohomish-Stillaguamish LIO approved 39 local NTAs for inclusion in the 2016 Puget Sound Action Agenda. For 2016-17, the Strategic Initiative Leads recommended funding two stormwater projects, two shellfish projects, and four habitat projects. The Sno-Stilly LIO chose two NTAs to receive their initial direct funding allocation of $100,000. They were able to fully fund one habitat NTA and partially fund another. With their additional $100,000 direct allocation, they chose to fully fund a stormwater project. The local NTAs that have received funding through the LIO solicitation and the amounts are outlined below. 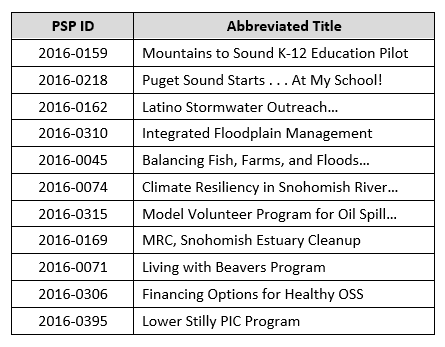 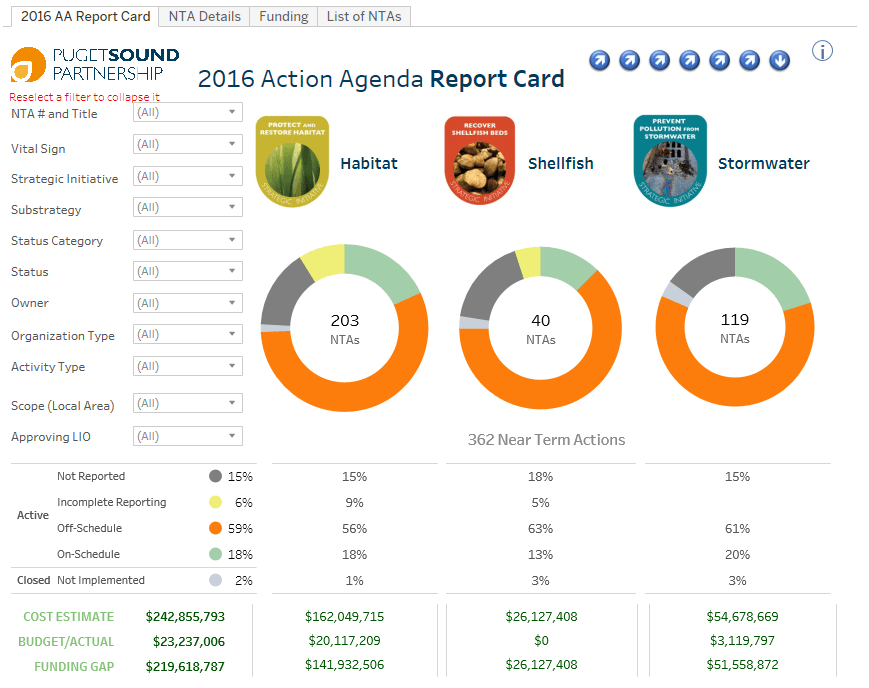 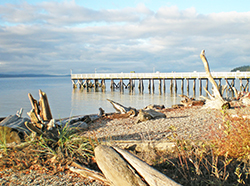 The mission of the Snohomish-Stillaguamish LIO is to (1) coordinate with Puget Sound Partnership (PSP) and the other LIOs, and (2) facilitate the integration of local governments, tribes and other organizations strategies that advance the Action Agenda in WRIAs 5 and 7.