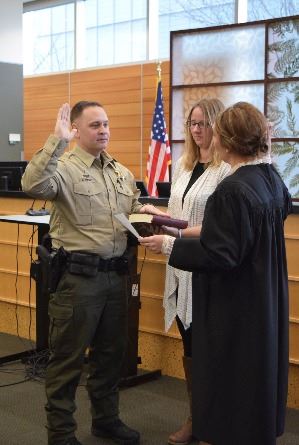 Sheriff Adam Fortney was sworn in as Snohomish County’s 32nd Sheriff on December 30, 2019. Sheriff Fortney has been a member of the Sheriff’s Office for nearly 23 years, working in patrol, K-9, and SWAT. He was promoted to sergeant in 2014 and his most recent assignment was to the south precinct graveyard shift, one of the busiest crews in the county.

Sign-up to receive the quarterly Message from the Sheriff