There will be an overnight closure beginning at 7 p.m. on August 5. A small portion of 240th St SE will be closed at the railroad intersection, east of Snohomish-Woodinville Rd. The road will be re-opened by 5 a.m., August 6.

The third and final weekend closure has been scheduled to begin at 7 p.m., Friday, July 12. A small portion of 240th St SE will be closed at the railroad intersection, east of Snohomish-Woodinville Rd. The road will reopen by 5 a.m. Monday, July 15. See more closure details below.

The second weekend closure has been scheduled to begin at 7 p.m., Friday May 10. A small portion of 240th St SE will be closed at the railroad intersection, east of Snohomish-Woodinville Rd. The road will reopen by 5 a.m. Monday, May 13. See more closure details below.

Construction will begin on April 27 and is expected to last about three months. Crews will be working from 7 a.m. to 5 p.m., Monday through Friday and during full closures outlined below. During normal construction hours, 240th St SE at the railroad intersection will remain open but some delays may occur.

This project requires three full weekend closures of a small portion of 240th St SE at the railroad intersection, east of Snohomish-Woodinville Rd. During the full weekend closures there will be no access through the intersection on 240th St SE. Motorists will need to use alternate routes. Snohomish-Woodinville Rd and the entrance to Costco will remain open to traffic.

This project may require up to eight full overnight closures of 240th St SE at the railroad intersection. These would take place Monday through Thursday from 7 p.m. to 5 a.m. If these closures are needed, the dates will be announced at a later time. Sign up to receive project updates to be notified of closures.

McCann Construction has been awarded the contract for this project. Construction is expected to take place in spring 2019 and last approximately six weeks. The project will require some full weekend and overnight closures on 240th St SE, east of the Snohomish-Woodinville Rd intersection. More information regarding closures and the construction schedule will be available in March 2019.

Snohomish County Public Works received a grant for $417,620 from the Federal Rail Crossing Safety Program. This project will be advertised for bids in fall 2018 and construction is expected in 2019.

Improvements to the 240th Street SE Railroad crossing, east of Snohomish Woodinville Road, will not be constructed this year as originally planned. Bids received from contractors were significantly higher than the funds available for this project. Snohomish County Public Works is currently evaluating maintenance options at the intersection and additional funding alternatives. More information will be provided as it becomes available.

Snohomish County Public Works had proposed improvements to the railroad crossing at 240th St SE, east of Snohomish Woodinville Road. Construction would include updates to the roadway from Snohomish Woodinville Road to the rail crossing, installation of a reinforced crossing, the addition of a connection to the existing sidewalk on the north side of the road, and upgrades to pedestrian facilities.

A Notice of Land Disturbing Activity Permit was issued on December 11, 2016 with a 21-day comment period. The comment period ended January 3, 2017. The notice is available by viewing the link below: 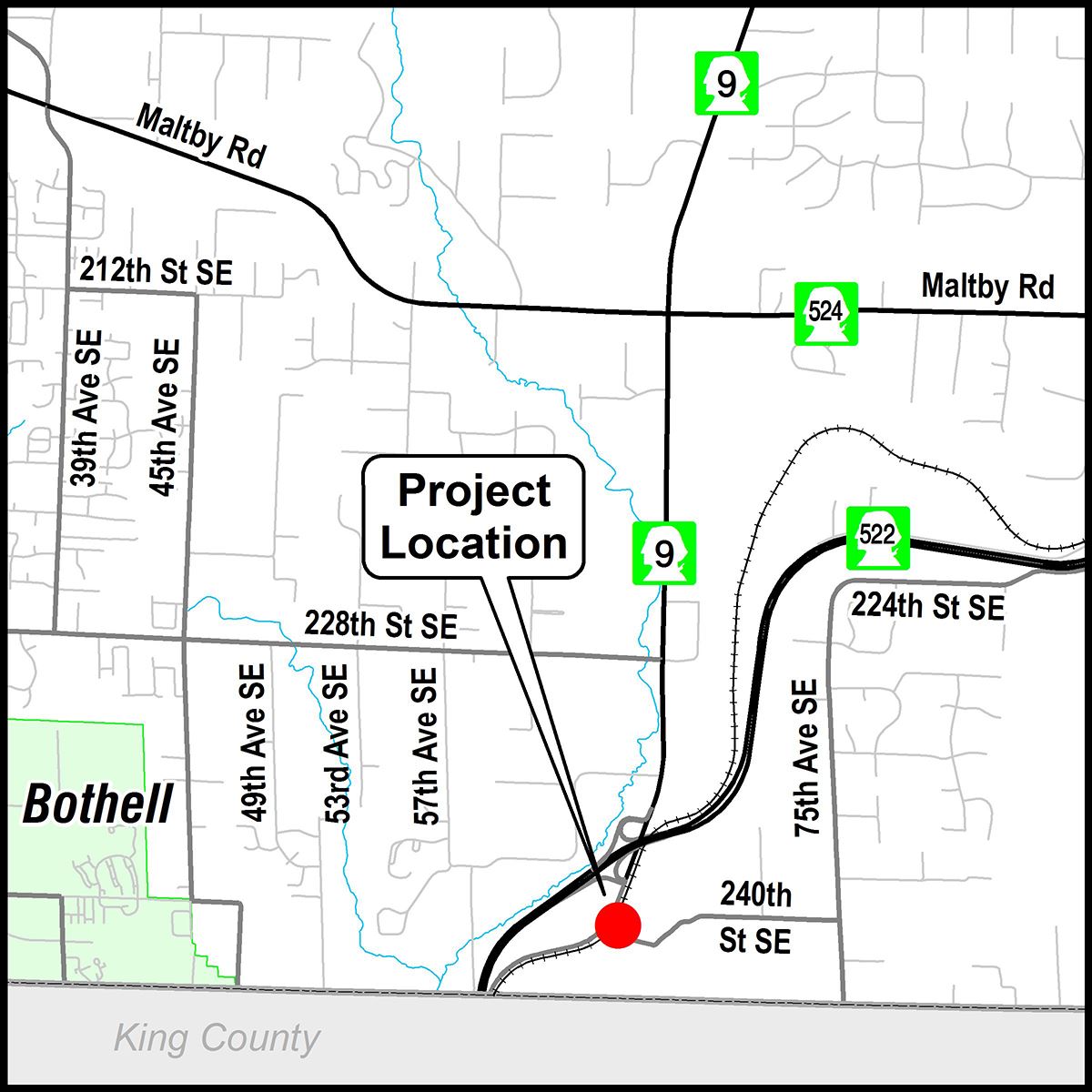 Sign up to receive an email notification when this project information is updated.

Construction schedules are subject to change based on many factors that include: public safety; availability of funding, staffing, equipment and materials; right of way issues; permitting requirements; coordination with utilities and other agencies; soil conditions under roadway and seasonal changes.