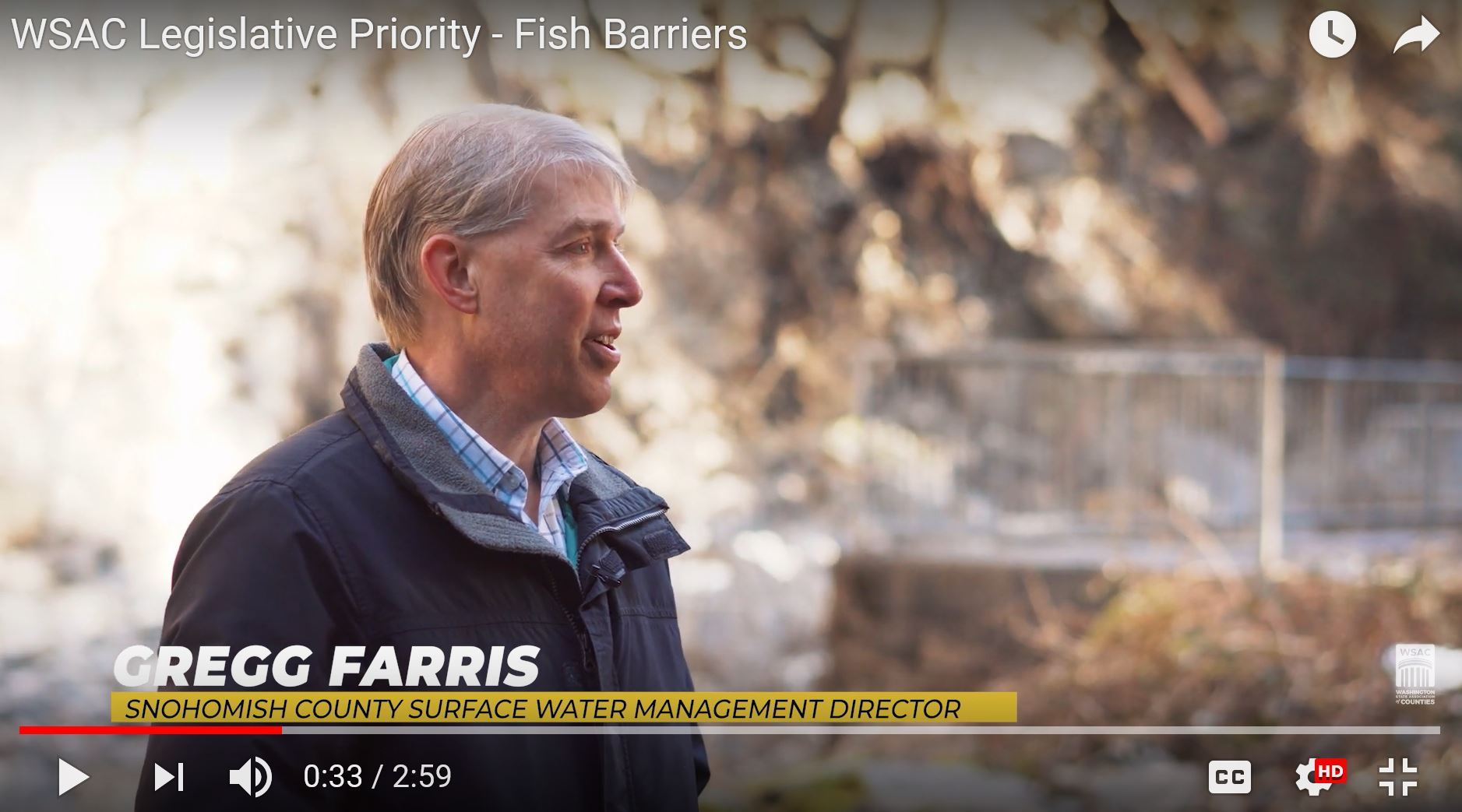 The Snohomish County Fish Passage Culvert Program is actively working to identify and replace culverts under county roads that act as barriers for fish to swim through and reach upstream habitat.

Snohomish County’s Fish Passage Culvert Program is a coordinated effort between Surface Water Management (SWM) and Public Works. The goals of the program are to: 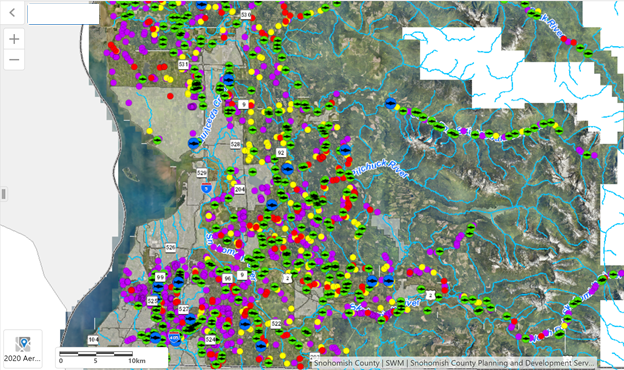 What is a Fish Barrier?

Culverts are large pipes beneath roads that allow water to flow, however they do not always provide conditions that allow fish to swim through. A fish passage barrier is anything that hinders fish from moving through a waterway. Originally engineers designed culverts to maximize the capacity to carry water with the smallest possible pipe size. This was efficient and economical. Unfortunately, this design approach can increase velocities, lead to downstream erosion, and perched pipes. The water that flows through culverts may block fish migration because the flow is too swift, too shallow, or has a waterfall into or out of the culvert. A fish-friendly design approach is a structure wide enough to closely mimic the natural channel. Other design elements include the use of slopes and velocities that allow for fish passage, a natural substrate, and length to width ratios that allow the maximum amount of natural light.

Snohomish County maintains a Geographic Information Systems (GIS) database of stream crossings throughout the entire county. Currently there are over 4,500 data points that contain bridges and culverts with ownership ranging from federal, tribal, state, county, city, and private. The stream crossing inventory database continuously changes as it is updated with newly collected information. This is the starting point in the county’s process of identifying fish passage projects for the program.

Snohomish County follows WDFW's guidelines in the 2019 Fish Passage Inventory, Assessment and Prioritization manual. The process used in the manual to identify if a culvert is a barrier is a time-consuming effort as survey and field data needs to be collected for each culvert. As a result, the county identified the most important sub-basins within the county based on a number of factors including fragmented habitat, water quality, and urbanization.

A total of eight priority sub-basins were identified within Snohomish County to focus data collection efforts. Once data had been collected in the priority sub-basins the focus turned to the remainder of the county. We are currently partnering with WDFW to finish the inventory of the fish passage culverts within the county. Additionally, Snohomish County shares data back and forth with other resource managers.

Once a culvert has been identified as a barrier it moves into the process of being ranked with other barrier culverts. The first step is to develop a Priority Index (PI) number which is calculated based on a modified version of WDFW’s formula. The WDFW PI equation uses six modifiers for each fish species within the stream reach of interest. The only change to the equation was how the habitat gain was calculated. WDFW manual requests that the habitat gain be calculated by walking the entire stream of interested and measuring stream pools, riffles, etc. to obtain a habitat gain measurement to be used in the equation.

Due to limited staff capacity and funding, Snohomish County cannot obtain habitat information as outlined in the WDFW Prioritization Manual. As a result, Snohomish County developed an alternative approach using in-house resources to develop potential upstream habitat. Although there are some differences between the county’s and WDFW’s approaches on developing priority indexes, the results are similar and will allow ranking of culverts for potential replacement/modification.

Development of a PI as described above is the first step in prioritizing fish barrier culverts. This prioritization list based on PI numbers allows the fish passage team to collaborate with other stakeholders including WDFW and area tribes, to determine which culverts should be moved up or down the list based on other factors that the PI doesn’t account for such as other fish passage work within the basin, natural or man-made barriers, quality of habitat, stream temperatures, water quality, etc. 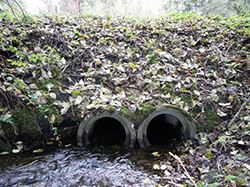 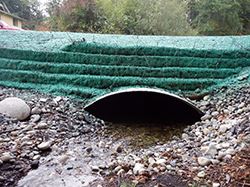