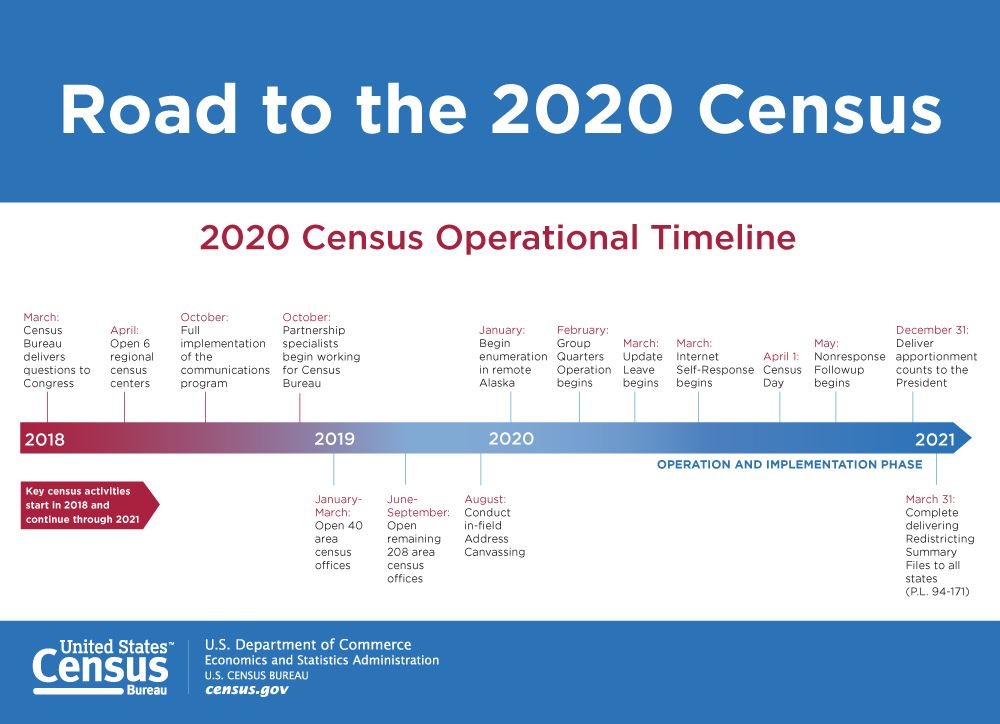 What is the Census?  The U.S. Census is mandated by the Constitution and takes place every 10 years. The data collected by the decennial census determines:

How is the Census Conducted?  Census 2020 is expected to count around 330 million people.

Although Census Day is officially observed on April 1, 2020, the Census Bureau has developed an internet self-response survey, which will be available on March 23, 2020.

The Bureau hopes that as much as 60% of the population will use this online option. Households that don’t use the internet will be mailed a survey. The Census Bureau will follow-up with non-responsive households beginning in May 2020.

What is Counted? Planned questions for the 2020 Census are approved by Congress and include age, sex, Hispanic origin, race, relationship, homeownership status, and (perhaps) citizenship status.

What’s in it for You?  The Census will determine how much funding your community receives, and how your community plans for the future. When you fill out the Census, you help:

Can one girl in a small town, an architect in a major city, and a suburban high school coach shape the future of the United States?

Yes they can. Because every ten years, the census gives us that power.

You can shape your future by responding to the 2020 Census. Where do we need new roads to make our lives easier? Where will new school programs help our children thrive? Where could a new health clinic benefit neighborhoods?

The 2020 Census will inform these decisions and shape how billions of dollars will be distributed to communities like yours each year. And in 2020, you can respond to the census online, by phone, or by mail. It’s easy, safe and important.

Make sure you and everyone you know is counted. Now is the time for you to get involved – your community needs you. Together, we can educate and excite, inspire and make sure every voice is heard. Together…. we can shape our future. 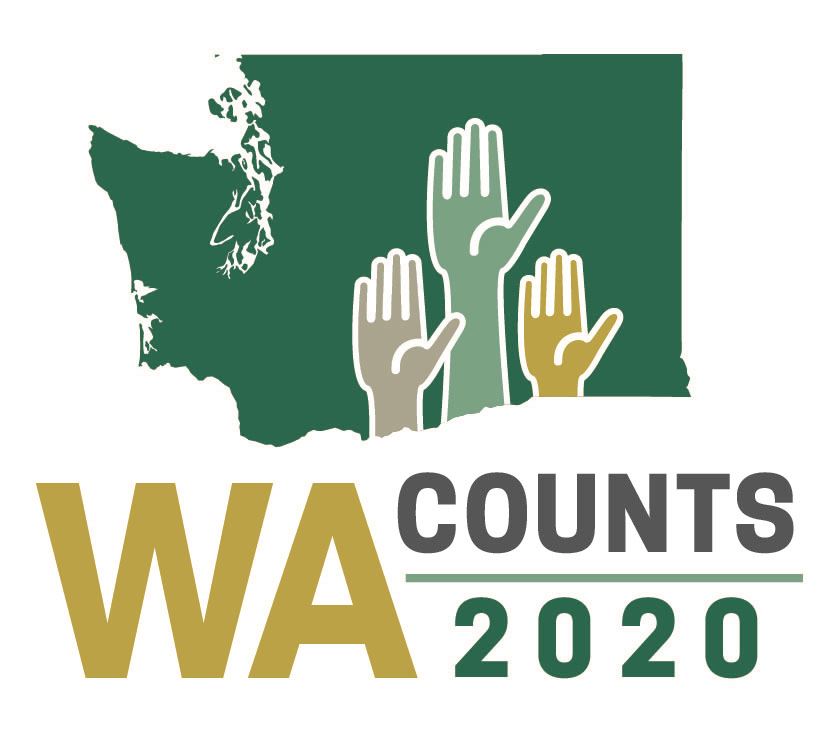