Why does the Census Matter?
The decennial census plays a pivotal role in collecting and reporting data that is essential for the government, business, and nonprofits to function in supporting services for communities across Washington state. This data is used to make decisions that impact every community across the country for the next 10 years on issues including redistricting, the enforcement of civil rights laws, education, and infrastructure funding, among others.
This effort to count everyone living in the United States happens only once every 10 years. It is an immense task and there is only one chance to get it right.

What is at stake in an undercounted census?
Resources
Hundreds of federal financial assistance programs rely on data derived from the Census to guide the geographic distribution of funds to states, counties, cities, and households. In 2015, Washington received about $14 billion, about $2,000 per person, for the 16 largest Census-guided programs, which include:

Representation
A main function of Census data is to reapportion states for both Congressional and Legislative seats so that new boundary lines for voting districts can be drawn. For example, based on 2010 Census data, Washington State’s population grew 14.1% from 200. With that growth, Washington earned a 10th seat in Congress. Voting districts are determined by the total number of people living in an area, not just the number of voters or citizens.
The boundary drawing process, called redistricting, determines the political representation of all communities. Making sure that all people in all communities are counted in the 2020 Census, could dramatically change the ways in which the districts are drawn. The redistricting process can keep communities together or split them apart. It can also change who wins an election – and ultimately which party controls Congress or the Legislature.

Who is traditionally undercounted?
The Census has traditionally undercounted certain communities and areas. Called by the Census Bureau Hard to Count Communities (HTC) and Areas by the Census Bureau, these are defined as communities and areas where completed surveys were returned via mail at much lower rates compared to numbers of occupied housing units that received questionnaires. For the Census Bureau, this HTC term includes racial minorities, young children, lower income persons, people who do not speak English fluently, undocumented immigrants, Native Americans, LGBTQ individuals, people experiencing homelessness, and those with severe distrust of the government. These are the very communities that are in need of equal representation in our government. If they are not counted accurately in the Census, they are at risk of being further disenfranchised from our government and services.

Who is traditionally undercounted in Snohomish County?

What is Counted?
Planned questions for the 2020 Census are approved by Congress and include age, sex, Hispanic origin, race, relationship, homeownership status, and (perhaps) citizenship status.

What’s in it for You?

Can one girl in a small town, an architect in a major city, and a suburban high school coach shape the future of the United States?

Yes they can. Because every ten years, the census gives us that power.

You can shape your future by responding to the 2020 Census. Where do we need new roads to make our lives easier? Where will new school programs help our children thrive? Where could a new health clinic benefit neighborhoods?

The 2020 Census will inform these decisions and shape how billions of dollars will be distributed to communities like yours each year. And in 2020, you can respond to the census online, by phone, or by mail. It’s easy, safe and important.

Make sure you and everyone you know is counted. Now is the time for you to get involved – your community needs you. Together, we can educate and excite, inspire and make sure every voice is heard. Together…. we can shape our future. 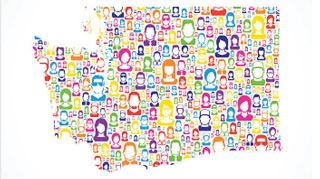