Construction of Wellington Hills County Park and the associated road improvements to 240th Street SE are no longer being considered.

Please contact Parks & Recreation with questions regarding the related property.

During 2011 Snohomish County purchased 100 acres from the University of Washington to be used for the future Wellington Hills County Park. The property is located east of Snohomish-Woodinville Road along 240th St. SE, and is large enough to provide a wide variety of recreational opportunities.

The park is one of a number of projects funded by King County, and managed by Snohomish County as part of an agreement related to construction of the Brightwater Wastewater Treatment Plant. The agreement provides a total of $70 million for a variety of community assets that include traffic safety improvements, habitat mitigation, the Brightwater Community Resource Center, and parks in Snohomish County.

This project is for the 240th St. SE intersection and pedestrian improvements for the future Wellington Hills County Park.

Public Works will design roadway improvements along 240th St. SE between Snohomish-Woodinville Road and 75th Ave. SE. Originally, the design included only a sidewalk along 240th St. SE to the park entrance at the top of the hill.

In response to public comments, improvements are being added to the original proposal.

West of the park entrance, Snohomish County Public Works plans to add a new, 5-foot wide sidewalk between Snohomish-Woodinville Road and the top of the hill on 240th St. SE. Public works also will widen the road to include 12- to 14-foot wide lanes and will add a left-turn lane on 240th St. SE at the intersection of Snohomish-Woodinville Road. More details can be found in the project update below:

The Parks Department plans to build a roundabout at the park entrance, which will allow pedestrians and cyclists to safely cross 240th St. SE. In response to public comments, public works will add two speed humps across 240th St. SE - one between the roundabout and 71st Ave. SE and another between 71st Ave. SE and 75th Ave. SE. Crews will also build a raised, tabletop intersection at 71st Ave. SE to slow traffic and allow pedestrians to safely cross the street.

Design of the roadway improvements is expected to be completed in 2013, and construction is scheduled to begin in 2015. As an interim measure to slow traffic on 240th St. SE, crews will install solar-powered speed signs between the top of the hill where a roundabout is planned, and 75th Ave. SE. 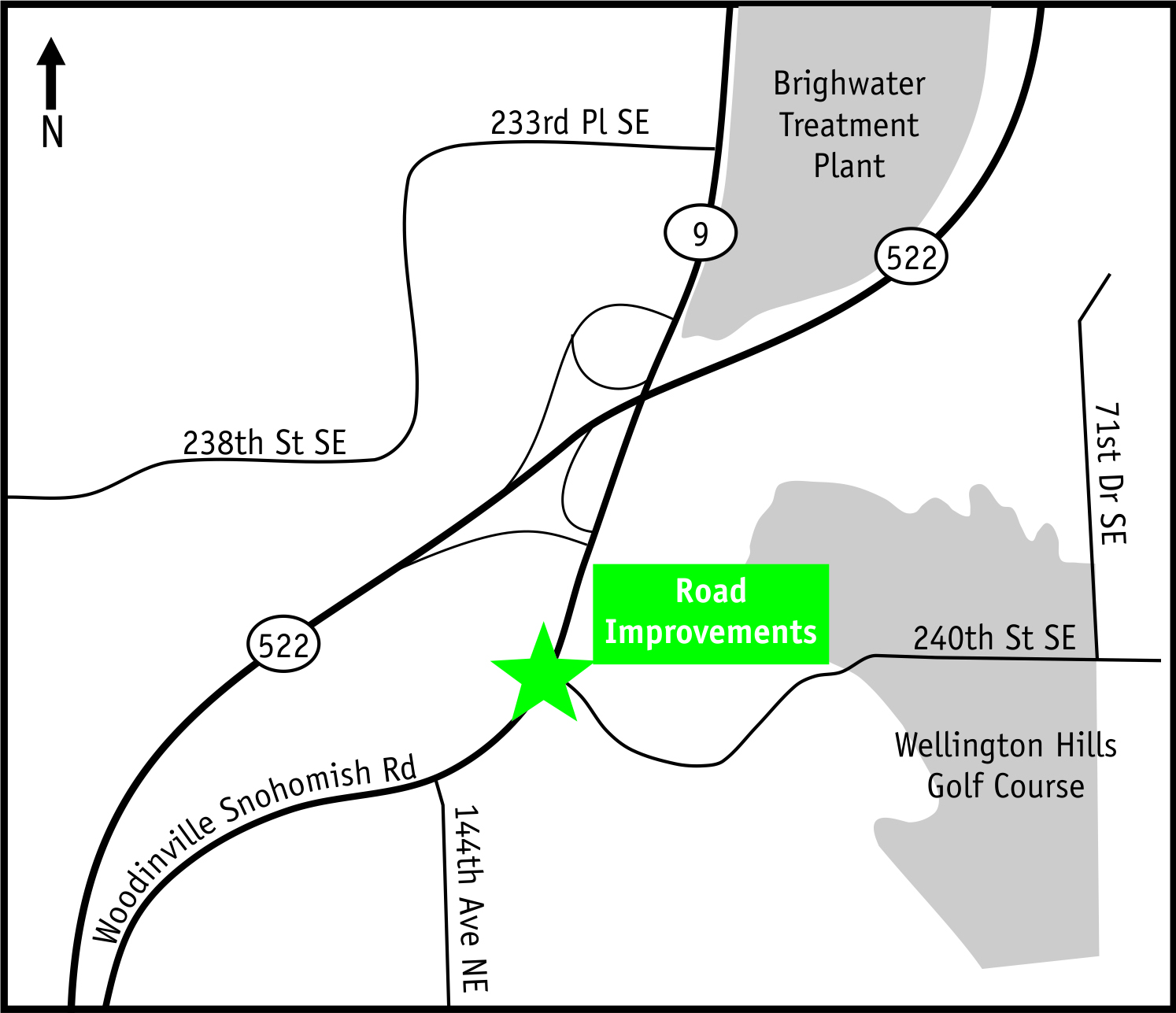